The Partridge opened its doors in May 2017 following an extensive refurbishment to develop an authentic country pub, complete with 10 beautiful en-suite bedrooms. Nestled in the countryside, yet adjacent to junction 10 of the M56 and the A49 and 3 miles from the M6, The Partridge is the ideal location for exploring Manchester, Liverpool and Chester or as a stopover on your journey from North to South, or East to West.

Originally called Walls Pit House, The Partridge dates back to 1791, borrowing its name from the man who built it, Mr Wall.

At the front of the property lay a large pit, which was caused by the excavation of puddling clay, used to line the walls. The pit, which has long since been filled in, had a variety of uses including potato washing in the summer and ice skating in the winter months.

According to the 1841 census, Walls Pit House was occupied by four unmarried siblings; George, Peter and their sisters Ann and Mary Whitley. By 1880, their nephew Charles Thomas Whitley, an architect and good university friend of Charles Darwin was a frequent visitor of the property and an inscription by him relating to Darwin can still be seen on one of the original oak beams in the bar.

More recently, the building was converted into a public house named The Hollow Tree before the latest chapter in the building’s history saw it being transformed into a traditional inn, and renamed The Partridge, after its countryside surroundings and the birds that are regularly spotted in the local area. 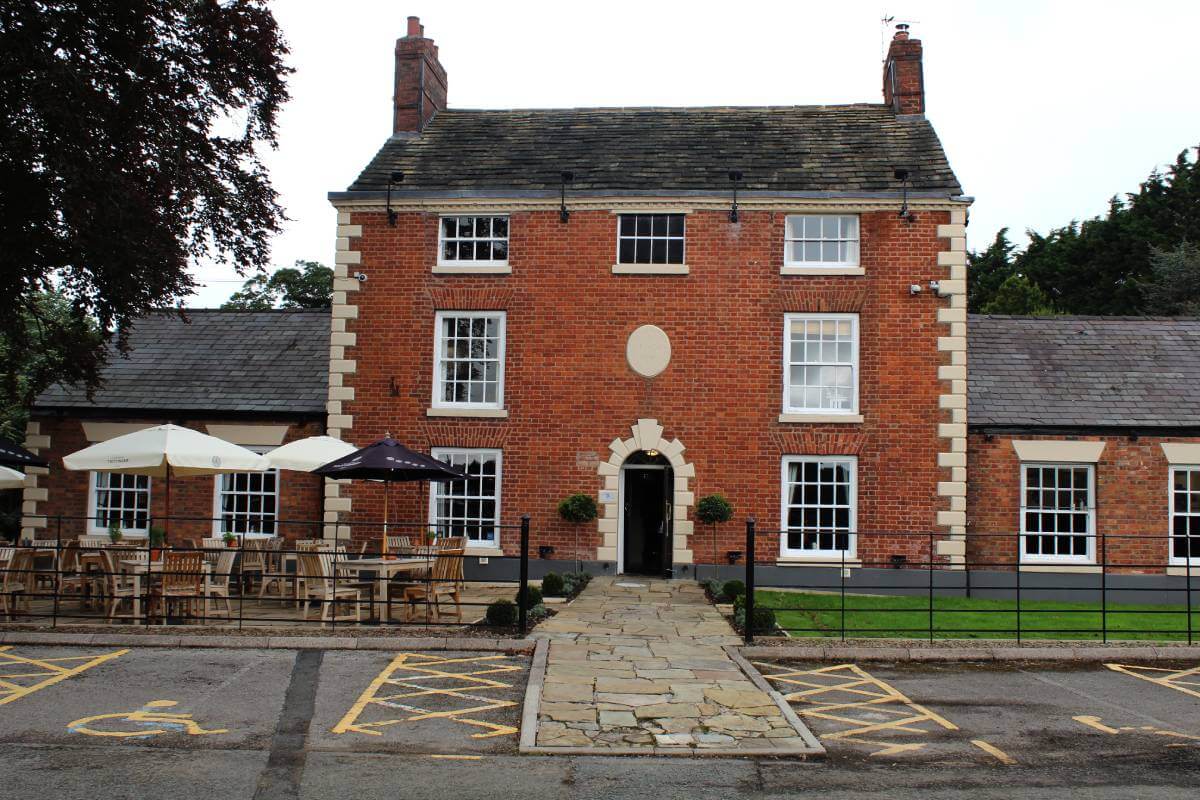 Nestled in the countryside, yet adjacent to junction 10 of the M56 and the A49 and 3 miles from the M6, The Partridge is the ideal location for exploring Manchester, Liverpool and Chester.

Great food means using the best ingredients. The team here at The Partridge have created a seasonal menu featuring the very best British dishes with the occasional European twist, showcasing our relationships with local farms and producers.

KEEP UP TO DATE WITH OUR LATEST NEWS